After hearing about this new American Style BBQ van on the Southbank on Twitter and from Helen on the FoodStories blog I had to pop in to sample for myself the delights of Pitt Cue Co on a recent visit to That London.

We were not to be disappointed with the friendly staff or the fab food, after struggling to remember the correct terminology for a shot of Rye Whiskey and Pork Scratchings, I managed to mutter something vaguely familiar and was then reminded I wanted a “Pickleback & Skin” a shot of Rye Whiskey & a shot of Pickle Juice accompanied with Skin – salty pork scratchings, a delicious combination & not to be missed… 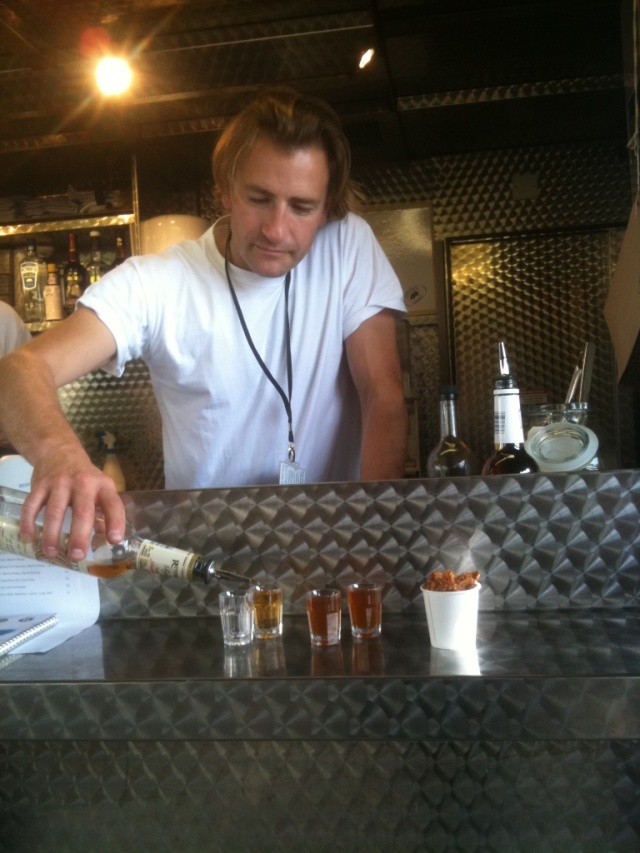 On to the main attraction, the pulled pork, but with a twist today as it was to be Pulled Ham Hock direct from the farm, slow smoked on hickory and with a nice salty tang to accompany the homemade red slaw, pickles with bite and a good slop of spicy sauce with a good chink of toasted sourdough bread on the side to mop up the juices.

Also on the menu, Ribs and Salt Longhorn Brisket (will be trying it next time & comparing with my recent effort – Belted Galloway Brisket!), all served with your choice of coleslaw or root beer beans and the bread of the day.