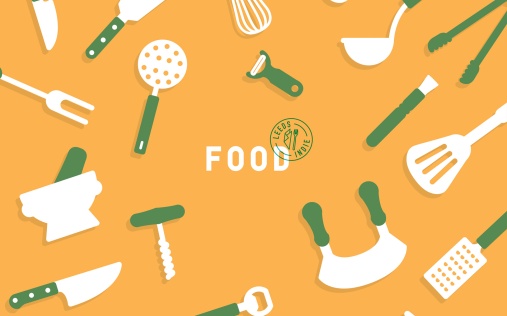 A group of food fanatics boasting a restaurateur, street food vendors, food bloggers and media moguls are ready to serve up the inaugural Leeds Indie Food Festival, a brand new food and drink festival coming to Leeds in May 2015. Running across Leeds and surrounding areas May 7 – 24 next year, the festival will incorporate the brand new event Leeds Feast that will be held at The Tetley in Leeds. 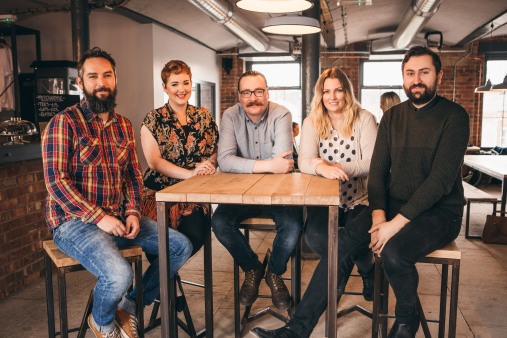 Spread over two weeks and three weekends, the Leeds Indie Food Festival will reach out to a whole range of people and look to bring other food fanatics into Leeds and celebrate the incredible independent scene. Expect your favourite independent to run a selection of great events including, tasters, beer collaborations, workshops and cookery classes. A selection of food films and documentaries will take place throughout the festival weeks with workshops designed for kids as well as adults.

A unique way of looking at things has also come in the way of the Leeds Indie Food Passport. Launching today, the passport gets you discount at indie shops, special products, priority access to events, special menus plus full access to the closing party. The idea is that during the festival weeks, you can go around the Cafes, Bars, and Restaurants collecting stamps, redeeming discounts, purchasing exclusive products and getting special festival sample tasters with the hope of discovering something new. The passport is being supported via The City Talking. By sponsoring the Leeds Indie Food Passport The City Talking will be helping to support and promote independents in Leeds, using the TCT platforms online and in print.

“The idea for the passport came about after we realised that nobody would want to wear a festival wristband for more than a few days. So we had to come up with something that people could use to get into events whilst also picking up rewards, discounts and special dishes at participating indies” Katy Lanceley, Leeds Indie Food co-founder

Leeds Indie Food started as an idea in June 2014 and the team have been meeting weekly to plan the festival. A successful Kickstarter finished on 9th November, raising the initial target (£6,750) within nine days. The group also came up with a great incentive. Any money made over the target they would give 50% to a fund for individuals or sole traders to pitch for and put on events during the festival. This will help anyone from food bloggers to home bakers to participate, and the pot currently stands at over £1,000.

“The response was incredible.  Since we launched the kickstarter we have met so many businesses and individuals all willing this to do well. We get to shout about some incredible people both new and established and a range of sectors. “ Matt Dix, Leeds Indie Food co-founder

The Leeds Feast is a new concept into Leeds and will close the festival on the bank holiday weekend. Taking place at The Tetley, both inside and outside, the full line-up will be revealed in due time but the event will house up to 30 independent food traders plus craft beer tent, cocktails, children’s area and activities. Alongside two days of Q & A’s, music, dining clubs, films, art and much more. Leeds Feast will be the official closing party for the first ever Leeds Indie Food Festival.

“Leeds Feast is something that has been on the cards for a while, through the success of Belgrave Feast we are taking this outside and making it 10 times bigger. It felt right to launch it during Leeds Indie Food Festival brand too and offer a closing party like no other” Simon Stevens, Leeds Feast, Belgrave Music Hall

“As a fellow independent in the city about to celebrate our first year anniversary, we’re proud to be part of the burgeoning independent scene in Leeds. We’re pleased to welcome the shift in focus to the South Bank in hosting the Leeds Feast at The Tetley. This is a strong step in the right direction to celebrate the alternative options in Leeds with an opportunity to support both sustainability and culture.” Pippa Hale, Co-founder and Director. The Tetley.

Leeds has so much to look forward to next May with Leeds Indie Food and Leeds Loves Food.

“This is a great step forward in the Leeds and drink food scene. Leeds will get a whole month to celebrate food (with Leeds Loves Food too). We wanted to connect the scene and more importantly shout about the variety and produce of Leeds. We have asked some of the great events that take place to put on events during the festival weeks with the focus on collaborating, making sure we have variety and catering for a mix of age groups. Leeds has never had it so good ” Simon Fogal, Leeds Indie Food, I Like Press

The first confirmed events and businesses signed up are below. Leeds Indie Food passports are on sale now, priced just £12.5 (early bird).

Ever growing number of businesses involved include (A to Z):