BBC Radio 4’s Food Programme, announced the finalists for the BBC Food & Farming Awards 2016. This year’s short list brings together some of the most diverse, dedicated and passionate people and organisations from around the UK who are changing food for the better.

Altrincham Market received its Charter in 1290 and has remained a familiar landmark to this day continuing to provide a wide range of fresh, wholesome produce ideal for a healthy family diet.  The Market and a new permanent food venue in the revamped Market House, selling high quality produce made, grown, sourced or owned by people in the north west of England.

Dean Forest Food Hub is a not-for-profit social enterprise that aims to provide information to everyone in the Forest of Dean community about local agricultural projects, whilst ensuring everyone can access affordable, good quality local food that is fair for the producer as well.

THE ONE SHOW BEST STREET FOOD OR TAKEAWAY

For the past 18 months, mobile oyster and seafood bar The Glorious Oyster has been travelling the country to food festivals and events, championing and promoting local shellfish from local sustainable sources.

The Pyclet Parlour in Derby’s glorious Victorian Market Hall, is the only establishment in the world selling traditional Pyclets – flat crumpets, made with milk from a local dairy and baked on griddles. 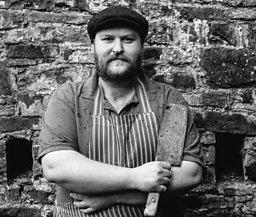 The Bourne family has been hand-making fine Cheshire cheese since 1750, and since 1930 at the Bank Farm.  Made with the milk from their herd of Friesian cows, they still use traditional ‘hands on’ techniques.  With great concern for the welfare of their Fresians, this leads to the production of high quality milk and subsequently allows them to produce award winning dairy products.

Since 2008 McDonald’s have been taking the lead, coordinating one of the largest independent Carbon Trust accredited studies ever carried out in partnership with beef farmers in the UK and Ireland.   Through this study, McDonalds are working closely with a number of the UK’s farmers to help them identify where environmental improvements can be made, where they can improve animal welfare and where they can save money.  The Beef Carbon project and Sustainable Beef Clubs initiative has helped UK farmers share best practice and increase efficiency on their farms resulting in direct financial savings and carbon reduction.

GrowUp Urban Farms is committed to feeding people in cities in a way that is positive for communities and the environment, today and in the future. GrowUp produce sustainable fresh fish, salads and herbs in cities using a combination of aquaponic technology and vertical growing technologies.

The Our Cow Molly dairy farm is the very last one left in Sheffield that process and bottles its own milk.   Working closely with the University of Sheffield to change their buying model, Our Cow Molly supplies all of the university cafes – orders are placed on smart phones and computers, processed and delivered on the same day, ensuring that they receive the best possible product.  This is the first time that a university has worked directly with the farmer as a supplier and leads the way for other universities to adopt similar models.

With a passion for beer, the Magic Rock Brewing Company’s Richard Burhouse and head brewer Stuart Ross, bring exciting characterful beers to a local market in Huddersfield. Brewing commenced mid-2011, and has since grown into a 50 hectolitre brew kit housed close to the town centre, featuring a bespoke 4000 sq ft Tap Room where beer fans can taste the beer as close to the source as possible.

Hallets Real Cider is a traditional cider carefully crafted by an independent Welsh cider maker by Andy Hallett in South Wales. The unique blend, texture and flavour of Hallets Real Cider is the result of great care, skill, time and an immeasurable passion for cider  and cider-making.

Owners Ron and Judith Gillies believe in sourcing locally and since 1987, the Cairn o’ Mohr Winery has been brewing up award winning fruit wines, sparkling wines, ciders and bourtree juices using the berries, wild flowers, fruits and leaves for which the area is famous.

THE YOU AND YOUR’S BEST FOOD RETAILER AWARD 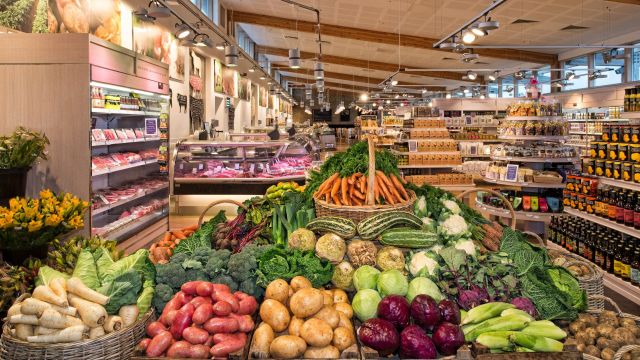 Fodder is passionate about local food and has set about helping Yorkshire farmers, producers and consumers sell and buy amazing local food, whilst supporting local charities alongside.  They work with over 325 Yorkshire farmers to stock their food hall and fill their menus with only the best Yorkshire meats and produce.

Local is of course best but on a windswept Isle, this may be tricky. MacLennans do their very best to stock all the items that the mainland shopper takes for granted and carry a varied range of meat, fish and health foods, and fresh fruit and vegetables, even Seville Oranges.

Jason and Lisa are at the heart of this isolated small rural community and whilst stocking all the basic essentials, they also source imaginative and artisan products. Where possible they keep items local and organic, including delicious delicatessen specialities including olives, pates and charcuterie, even taking surplus seasonal fruit and veg from the villagers themselves.

BBC COOK OF THE YEAR

Poole Grammar School is one of five schools in the country to have achieved a Food for Life Gold award and head chef Chris prepares all of the recipes for the school’s lunches from scratch, creating a menu with an emphasis on locally sourced, high quality, organic and sustainable produce.

Three years ago local mum Jo Wotton decided that she could do a better job that the existing catering team at her son’s school.  Within 6 weeks she created a catering service with other schools in the area and went from 6 children eating to 45.  She works with local butchers, grocers and fish suppliers to work with the school and use their seasonal produce on a budget of 64p – £1.10 per head.

Deirdre is a volunteer cook at the Granville Community Kitchen in South Kilburn, London. Her menu is described as being influenced by her wide knowledge of food and her own culturally varied background. Locally sourced and influenced by global cooking ingredients, she plans menus to introduce people back to the food of their childhood or cultures that they have lost touch with. The kitchen is situated in one of the most deprived estates in London and aims to empower the community through food.